As we hurtle further into the unknown arena of Healthcare, and an election with the nominees having diametric objectives, we are reminded that for all enterprises to function, hospitals and physicians alike, there must be a profit incentive, which always requires competition.

The American Enterprise Institute has noted that Aetna has lost $430 million since January 2014 on insurance plans sold through Obamacare and is withdrawing from 11 of its 15 states. United Healthcare has lost $1.3 billion on the exchanges and will cut its participation to three states from 34. In 2014, McKinsey said, insurers lost money to the tune of $2.7 billion, posting a -5 percent post-tax margin. In 2015, margins plummeted, to between -9 percent and -12 percent.

This means less coverage and will inevitably result in less competition and soon could result in a third of the exchanges having only one provider and without competition, we can only anticipate higher prices. Currently the national requested increase is estimated to approach in excess of 20%.

More companies are opting for less choice for their employees. This year, slightly fewer than half of workers are enrolled in so-called preferred provider organization plans, or P.P.O.s, compared with 58 percent in 2014 and then there are the internal offerings from the carriers.

We recently concluded an annual renewal review for one of our NJ mid-market medical group clients (about 100 employees), who received a 14% increase from their long time provider, Aetna. Alas, longevity provides no immunity. After seeking any number of quality alternative carrier quotes, the best price offering was Horizon “BUT”. One of their new offerings has a two-Tiered Provider arrangement, resulting in what initially appears to provide a substantial savings by guiding the insured to the Tier One physician, the insured has “no deductible”. However, if you elect or need the Tier Two provider, you will be faced with a deductible, which changes the cost dynamic, depending upon the largess of the employer, who may be willing to provide an HRA-Health Reimbursement Arrangement as an incentive.

Noting that the client is a medical practice, who also happens to be a Tier Two Group, they were able to determine that while the practice reimbursement appeared to be identical for Tier One and Two Groups, you can understand their concern about the potential loss of patients not able or willing to pay for a deductible, their concern turned toward their desire to support such a program.

In retrospect, and without opining upon Horizon’s offering, they are simply confirming the aforementioned cited statistics of surviving in the market.

If you think we can assist your group and would like to know more about us, I would invite you to visit our new web site of services at www.KirwanBenefits.com or our dedicated HSA web site at www.KirwanHSA.com. 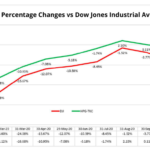